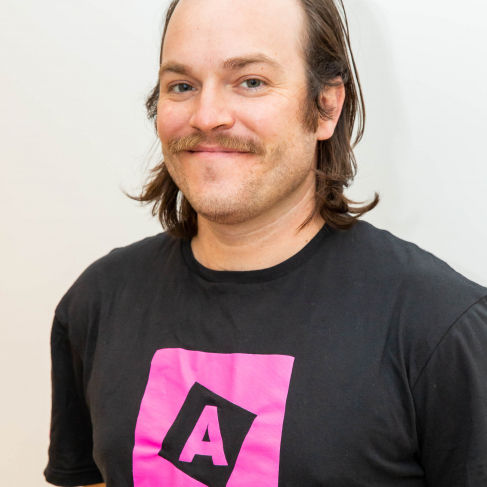 Reynolds has joined LAPF as one of two full-time teaching artists for the federally funded ArtsMatter program. He has experience teaching animation and media art to a diverse range of learners: from San Fernando 5th graders in the Making Movies that Matter program, to Santa Monica retirees as a resident artist at the Camera Obscura Art Lab. Prior to joining LAPF, Reynolds worked for 6 years as an animation instructor for middle and high school-aged learners through free after-school programming operated by the CalArts Community Arts Partnership (CAP). Reynolds also designed and taught a popular course at CalArts called “World Building,” that borrowed values of coherence taken from speculative fiction to determine the narrative and aesthetic decisions that better articulate a given personal vision.

Alongside his career as an educator, Reynolds maintains a personal practice in sculpture, animation, and comic art. He finds inspiration in LA architecture, science fiction, nature, and the tireless work of progressive community activists across Los Angeles.