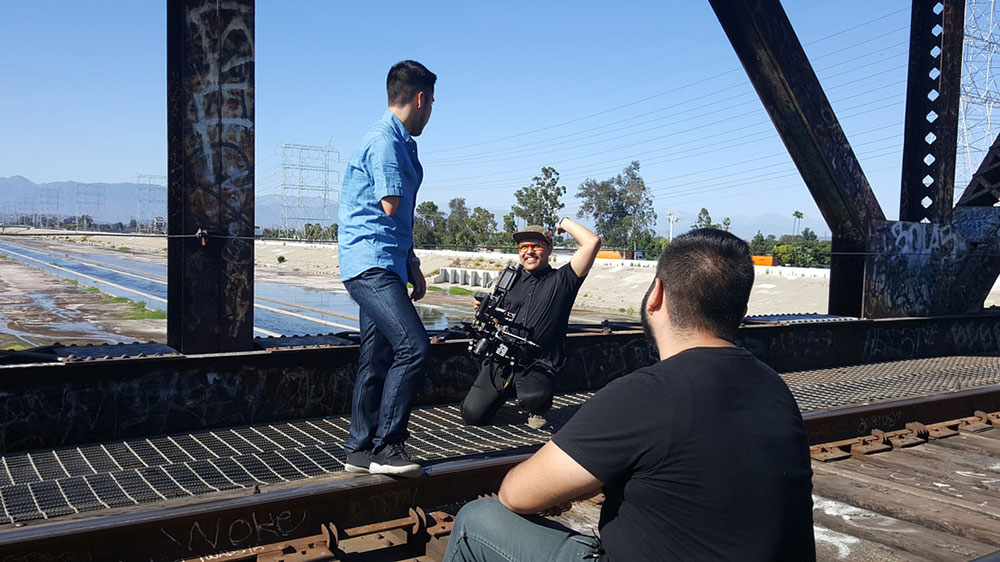 Posted at 11:55h in Home, News by support@citrusstudios.com

Luis Berumen was a TIP intern at Bad Robot in 2014, the year of TIP’s inception. We took some time to catch up with Luis to see what he’s up to now, three summers later.

My name is Luis, and I was born in Acuña Coahuila, Mexico in 1995. I moved to the U.S. with my mom in 2000 and lived with my aunt in San Diego. When I was in 2nd grade, we moved to LA– while I was still learning English as a second language.

It wasn’t until my junior year of high school that I discovered my interest in filmmaking. My best friend and I worked on a project for our school’s talent show, where we made a film about an evil stuffed teddy bear. I felt like I was really in my element– I felt so happy and accomplished, especially seeing my classmates’ reaction when they watched our film.

When I finally received my DACA status (Deferred Action for Childhood Arrivals), I knew that I would have the opportunity to work and earn money, and apply for college. This is where The Intern Project (TIP) came into play.

It’s been an incredible two years since my first experience in the film industry– all thanks to TIP. I was placed at Bad Robot, a TV/film production company, in the summer of 2014. As an intern, I realized that filmmaking is a craft that no one person can do. It is a collaboration of professionals, all of whom specialize in different aspects of production. It is through this collaboration that film becomes a work of art behind and in front of the camera. I am grateful for the skills I gained, and as a result, the quality of my personal projects improved. Thanks to TIP, I am going down a path with a bright future ahead.

I am currently in my third year at the University of California, Santa Cruz, studying Film as my major. These past three years, I have met and worked with other students and friends who share my passion for film. Together, we have worked to produce short films that I am excited to share with all of you! My participation in these productions have included: Director of Photography, Assistant Director, and Production Assistant. All of these roles exposed me to different areas of filmmaking: teamwork, leadership, technical, and creative skills.

This summer I will be working on a personal passion project that I planned throughout my academic school year. It will be my first time as Director. This film will be about two protagonists: a brother and sister in their twenties and a younger sibling, age seven. It will document their experience moving to the United States for the first time as immigrants dealing with cultural identity, racism against immigrants, assimilation to American values, and family. I hope you will all stay tuned.

We at the LA Promise Fund are incredibly proud of Luis’ success. Follow Luis’ work here, here, and here.