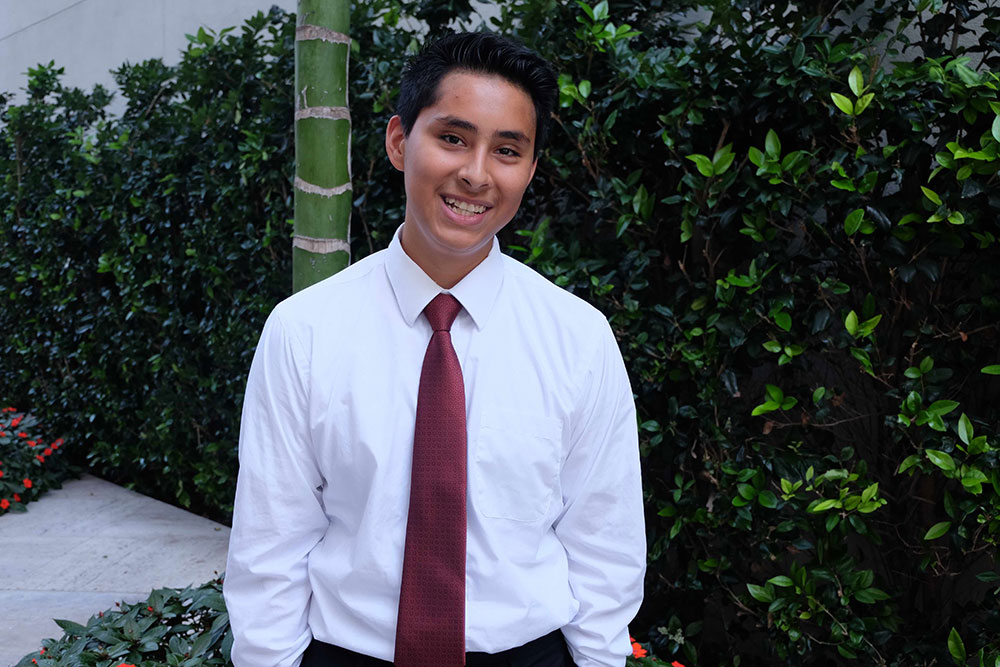 Posted at 05:38h in Home, News by support@citrusstudios.com

When Aaron Solorzano started at West Adams Preparatory High School in the 9th grade, he knew he was supposed to get good grades, but he didn’t know to what end. Luckily, he found 9th grade easy; he did get good grades, and with those grades, he got into the Honors Society.

The Honors Society is a group of students at West Adams who have a 3.5+ GPA. Students gather on Tuesdays after school to hear from professionals about their story, careers, etc. It’s designed to inspire students to pursue college and career.

Getting into the Honors Society transformed his future. Without it, he says, he would probably be going to a local community college. But getting into the Honors Society, he got to know Robin Kurtzman, a board member at the LA Promise Fund and the mastermind behind the group. She is, “life changing. She’s like an angel; I can’t even explain it,” says Aaron. “She exposed me to a lot of stuff I didn’t know.”

With her guidance, he learned about Middlebury College – which has strong economics and political science departments, his chosen majors. He says he’s ready to explore something different, live in the countryside. He applied early decision and was accepted.

“Aaron is one of the most motivated students I have ever worked with,” says Robin. “He is also one of the most determined. If he wants to do something, he doesn’t let anything get in his way.”

Last summer, Aaron interned, through The Intern Project, at Salem Partners. “It was one of the best experiences of my life,” he says. Now, his dream is to become an investment banker. He knows that kind of career path demands long hours – sometimes over 100 a week. But he’s not daunted. 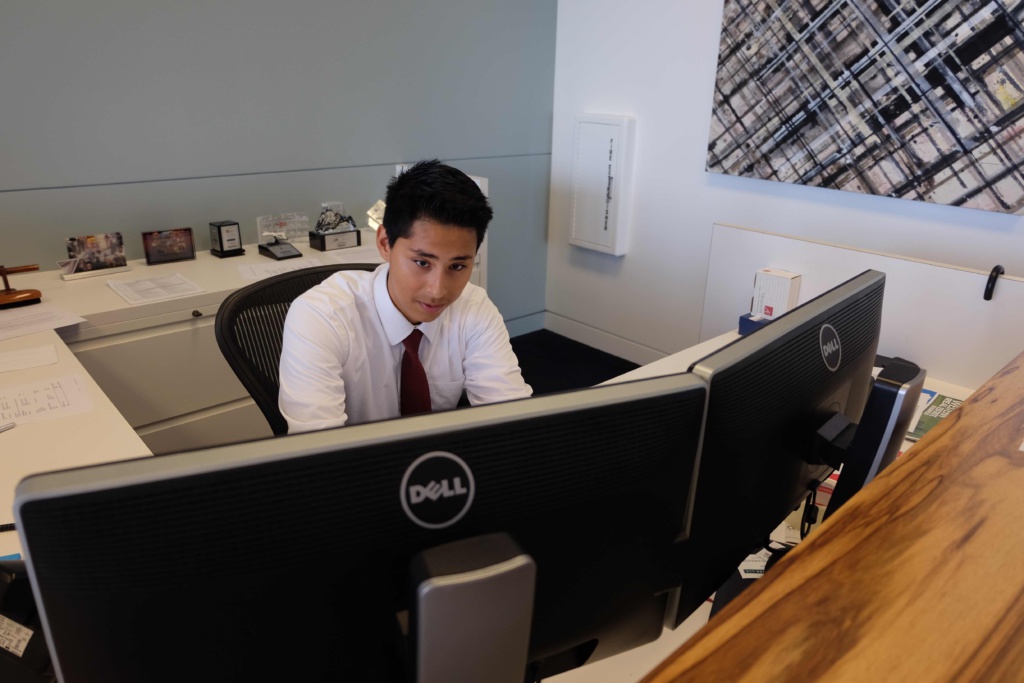 “Aaron is a smart and kind young man with incredible potential,” says Rhea Trinanes, associate director of The Intern Project. “He works hard, and anyone who knows him can see how determined he is to succeed in life. He wants to help his family and be able to support them someday, and I have no doubt that he will do great things– he is one determined soul.”

He has made an impression on many of the adults in his life.

Jackie Turner, associate director of College Access at West Adams says, “Aaron is an extraordinary student. I have watched him grow into a mature young man– from being a part of our College Ambassador Program, to being a participant in The Intern Project. I know that he will do great things at Middlebury College.”

With just a few months to go until the end of the school year, Aaron is getting ready for his next big adventure. He knows he will stay in touch with Robin and the network that the Honors Society has given him. He says his mother will miss him, but she understands that this is a valuable step, one that will open doors to him. And he promises to visit.

Through programs like the Honors Society, the LA Promise Fund is able to offer talented young students mentorship, coaching, and information – expanding their horizons and changing the course of their future.