Mental Health is Key to Learning 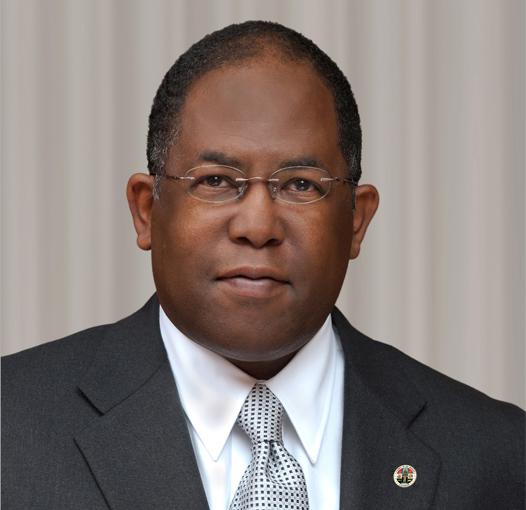 Posted at 12:12h in Uncategorized by support@citrusstudios.com

When former Los Angeles Lakers star Metta World Peace (formerly known as Ron Artest) visited a local high school in my district, he brought more than 900 students to their feet, cheering and clapping at the sight of him. They were thrilled to be in his presence. But as he began speaking, it became clear he was not there to talk about his fierce defensive plays or moves on the court.

He visited Washington Preparatory High School for a heart-to-heart talk with students about mental illness, and I was moved by his candor. He spoke of how he persevered through hardships such as including his parents’ divorce. He talked about his childhood, his struggles with anger and most emphatically, about the importance of seeking help.

World Peace’s talk was part of an effort to introduce students to a new resource: school-based health centers. These are not your old-fashioned nurses’ offices, but rather full-service health centers in a convenient location where families can trust they will receive help.

Thanks to the 18 school-based health centers in my district, students and their families now have a safe place to talk about the issues Metta mentioned, in addition to getting flu shots, receiving dental care and learning about healthy nutrition.

The Wellness Center at Dominguez High, run by St. John’s Well Child and Family Center, and the UMMA Fremont Wellness Center at Fremont High School, are among the standout school-based health centers where students and/or family members who suffer from attention deficit hyperactivity disorder, anxiety or depression, who have never had the resources to see a therapist, can be diagnosed. The philosophy is that body and mind are one. There is no judgment and no stigma attached.

For years now, first as a state legislator and now on the Los Angeles County Board of Supervisors, I have advocated for schools to have their own facilities where children and families can seek not only physical health check-ups but also mental health. Why? Because we have seen, and studies have confirmed, that schools with health centers have higher student attendance and less truancy.

Simply put, sick children cannot learn. The school-based health centers are working in concert with other community health centers to create a network of preventive and wellness services.

We are seeing results. I like to think of a story I recently heard. A young, single father of two boys who was out of work and suffered from substance abuse issues came to a St. John’s clinic seeking help. One of his sons suffered from Type 2 Diabetes and the other had attention deficit issues. The father began receiving therapy. His children also were helped out with individual plans for their care in coordination with their schools to address the diabetes and the attention deficit. Within six months of receiving help on a regular basis, that father found a job and reported feeling less anxiety. Today he is a member of St. John’s Community Advisory Committee, part of the organization’s grassroots effort to reach more people in the community. His children are also doing well, still looked after by healthcare professionals and by their school.

And so when this young father and his sons are given treatment, they are given the opportunity to become contributing members of society. With these wellness centers, we are taking mental health challenges out of the closet so that students and their families have a fighting chance at succeeding and overcoming life’s curveballs.

Supervisor Mark Ridley-Thomas was elected to the Los Angeles Board of County Supervisors, in November 2008 to represent the Second District. He was first elected to public office in 1991 and served with distinction on the Los Angeles City Council for over a decade. He later served two terms in the California State Assembly and then served the 26th District in the California State Senate. Mark Ridley-Thomas is an advocate of neighborhood participation in government and is considered the founder of the Neighborhood Council movement. His political career was preceded by a decade as executive director of the Southern California Leadership Conference of Greater Los Angeles, which five-year stint as a high school teacher. More here.