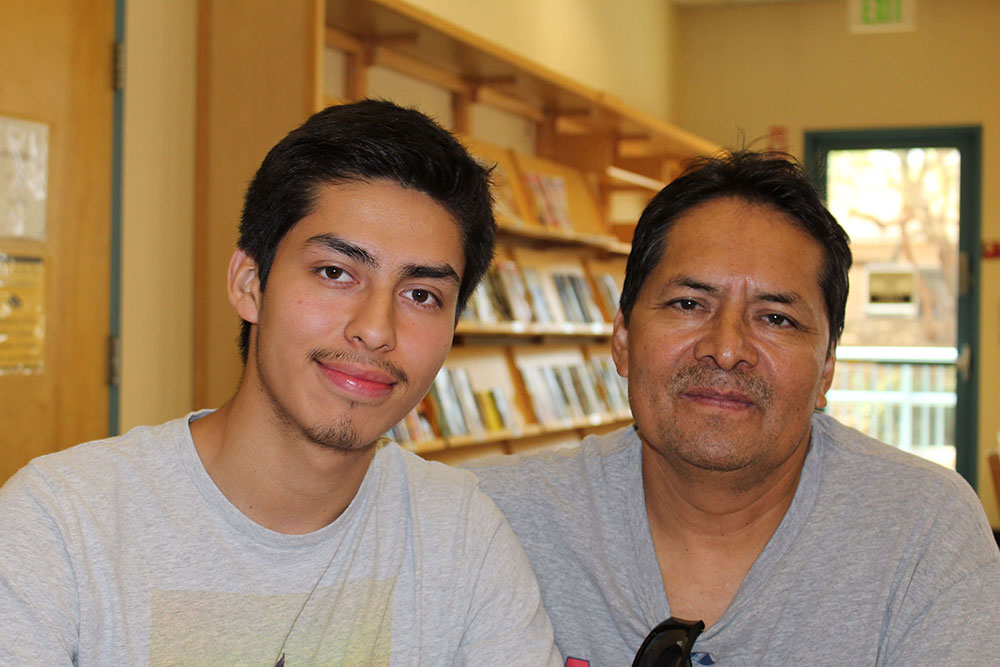 Posted at 11:50h in Home, News by support@citrusstudios.com

Each of the three summer interns (Stephannie, Ian, and Pedro) featured in The Intern Project series has a unique and inspiring story.

These kids are demonstrating the best kind of grit – finding resources that will propel them forward academically and professionally.

In this installment of The Intern Project series, we talk with Pedro Bernal and his father Pedro Sr., about their paths – what life is like for Pedro Jr., interning at SpaceX, and what it was like for Pedro Sr. as a teenager in Oaxaca, Mexico.

Pedro Jr. is an inspiring kid. Confident, considerate, well-spoken. He’s interning this summer at SpaceX, helping the IT department fix glitches in employees’ systems. At 17, he’s working Monday through Friday 9am to 6pm. You might think this is a pretty rigorous schedule for a high school student, but if you ask him if it’s a lot, he’ll respond, “Not really. Last summer I worked two jobs, 13 hours a day, 65 hours a week.”

Why two jobs? “I applied to so many programs last year, and I got denied from all of them,” said Pedro Jr. “I put hours and hours into one application alone, and I got denied. It broke my heart; it made me feel like I wasn’t able to do anything in life. But I decided not to focus on it. I said to myself, ‘So this is not working, so what can I do now? I can get jobs, that’s one thing I can do.’”

“I walked into 16 restaurants and stores the very first day of summer with my resume and cover letter in hand,” he continued. “I got turned away by many of them, but McDonalds hired me; they liked my resume. From there, I applied to be a camp counselor.” Pedro worked with special needs children, to “make sure they’re all engaged, reassure them that they can do it. I can help the kids, show them that they are capable. It’s heartwarming, to feel like you’re making a difference.”

Pedro’s determination shows through in his workload, he took both Physics and AP Chemistry his junior year. The lab work opened his eyes to a field he is hoping to pursue professionally: mechanical engineering.

Pedro Sr. shares his son’s curiosity about engineering – taking an interest in circuits. But his work is not engineering. When he was Pedro’s age, he had just arrived in the United States, working his way from a mountain village in Oaxaca to Mexico City, and then, with the help of coyotes, across the border.

His hometown was a very simple place – people farmed, raising their own corn, sugar cane, even coffee. It was a hard life, and when, during our conversation, Pedro Jr. turned to his father to ask his him what his relationship with his four siblings had been like, Pedro Sr. responded that he hadn’t really had time to bond with them, everyone was working. “When I was 8, 9, 10, I traveled with my father. We’d take produce – like dried peppers – a bunch of stuff that we would carry and sell to another village. We would walk for three days; I still remember going with him. We were always busy; we hardly had time to play.”

Pedro Sr. left the village, pursuing the dream of a better life. And here, in Los Angeles, he, in many ways, has it. His son is interning at SpaceX, pursuing a dream to be an engineer. His younger daughter is planning to apply to The Intern Project next year; her interest is law and business.

As we wrapped up our conversation, Pedro Sr. said of his son, “I don’t have any doubt that Pedro will be a mechanical engineer. Today, there are a lot of resources; as long as he uses them, he’ll be fine. You need to be lucky and really make it happen. He’s very committed – he’s always been. He’s an excellent kid. He’s the one that really makes it happen. As his parents, we try to keep him motivated. That’s all we can do now.”

Read the rest of our TIP series.