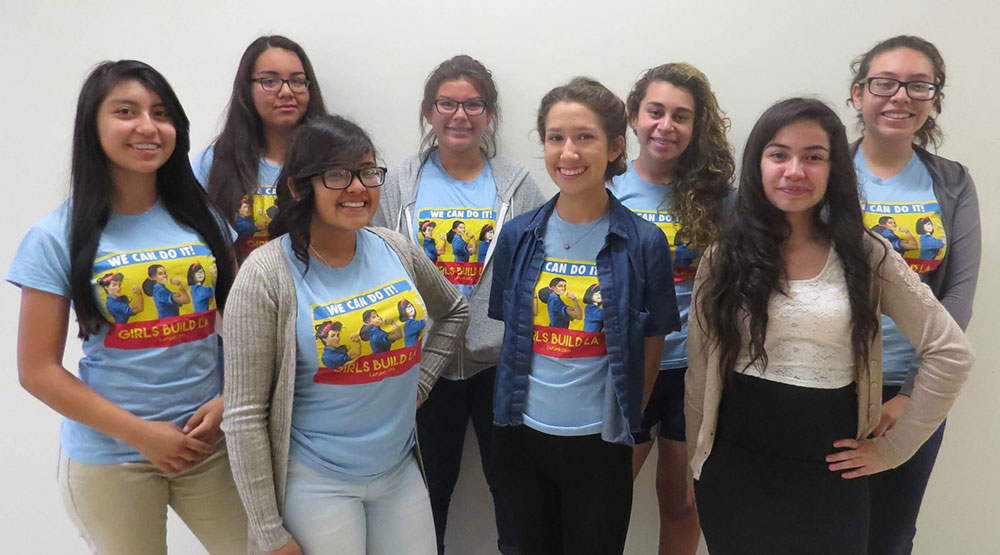 Posted at 11:55h in Home, News by support@citrusstudios.com

Nadia was one of the young women to win last year’s Girls Build LA Challenge. She and her team from STEAM Legacy High School modified a stationary bicycle to power a generator. The project not only provided hands-on STEM training for the girls, but it also addressed public health issues – obesity and diabetes — by encouraging the community to get involved and get biking.

Why did you join Girls Build LA?

My high school is STEM-focused and predominantly male. When Girls Build LA screened He Named Me Malala, practically all of the girls from my campus attended. It really empowered me to see someone like Malala do what she’s doing. I felt like I had the same responsibility to make a difference – to fight for the right to education, and specifically, for STEM access for girls.

How did you decide on your project?

Diabetes is big in my family and in the Hispanic community in general. South Gate has the third highest rate of overweight and obese people in all of LA. So we wanted to address health and fitness. Our concept was that when people get home from work, they’re tired. They just want to watch TV. But instead of sitting there, they could ride a bike – which can create and store energy to power a TV. We also wanted to use the bike to educate people about the importance of exercise – in a fun way.

You won the Challenge – and received scholarship dollars. What does that recognition and award mean for you? How will the scholarship come into play?

Over the course of the project, our team began to focus on the impact we could have on our community, rather than on winning the scholarship.

But when we learned that we had won third place among all high schools, of course we were thrilled. We each got a $750 scholarship, which I was able to use towards UC Berkeley tuition and fees, where I’m now a freshman. I was able to start my coursework in the summer because of this scholarship. I was able to get ahead.

What did your family think of your participation and project?

I put a lot of time into the project. I stayed late after school– hours later than I ever did even with sports. I showed up to school earlier, and sometimes on Saturdays. At first, my family didn’t really get it. Why was I putting so much effort into it? They knew about the prize – but they thought my effort was too much.

Once they saw the impact I made – they saw that it wasn’t just about the scholarship. I was finally able to do what I feel like I’m responsible for in my community: to empower women and females in general – whether in STEM field or otherwise. I wanted to show my family and community that I was capable of completing the entire project. Once I explained all of that to them, they understood. For me, this project was further proof that I want to go into STEM.

Where are you now?

I am now a freshman at UC Berkeley. I plan to study chemical engineering, and I’m thrilled to be here, because the school is so strong in this field. It was really hard for my family to let me go this far – and hard for me. But I wouldn’t have been able to forgive myself if I’d passed up this opportunity. Being first generation, they struggle with letting me go so far. But they’re willing to accept it now because they know I’ve done my research. They trust now that I know what I’m pursuing. 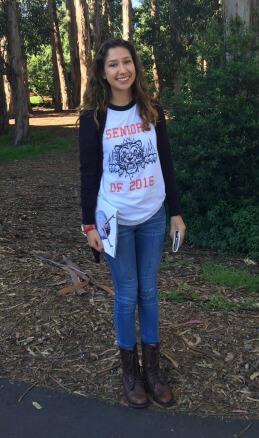