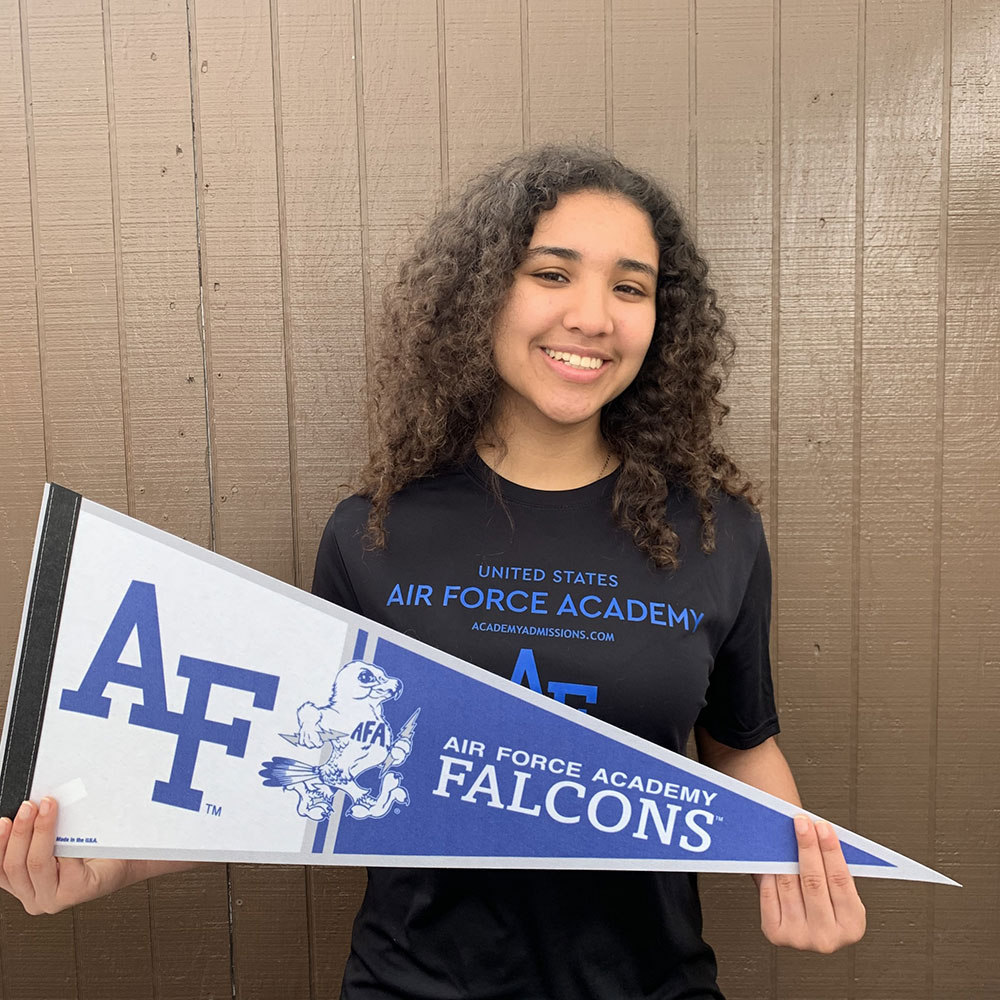 Posted at 09:28h in Home, News by support@citrusstudios.com

I interviewed Jaricsa Vega, a senior at Manual Arts High School, by phone on a Friday. By the following Monday, her school, and all of LAUSD, had closed in response to COVID-19. Now, it looks like LAUSD may remain closed until the end of the school year.

It’s a strange time for students across LAUSD. School is a safe place, a predictable, reliable home away from home, where students know that teachers will show up for them, where their attendance and presence matters. We’re all adjusting to this new, remote normal. At the LA Promise Fund, we’re doing what we can to ease the transition. We’re focused on meeting the basic needs of our students and their families – making sure they have access to food through our food pantry, as well as WiFi and devices so that they can continue to do their schoolwork even when they can’t attend school. Find out more about our efforts.

Jaricsa is the eldest of three sisters. Her drive and determination have been clear to all around her since very early on. At Manual Arts, she has been a leader in the Junior Reserve Officers’ Training Corps (JROTC). She has been involved in LAPF’s college ambassador program and our former Beyond Borders club, advocating for the immigrant student population. She has also competed on the cross country, basketball, and swim teams. Her efforts have paid off. Recently, she learned that she was appointed to the U.S. Air Force Academy. Here, we chat with her about how she got here and what her dreams are.

When did you know you wanted to go into the Air Force?

Growing up, I always felt a sense of leadership. I wanted to be part of the military or law enforcement, as my father had been back in El Salvador. I also wanted to give back to the United States, the country that has given my family an opportunity in life. The Air Force attracted me because I value academics and leadership, and it seemed like the best of both worlds.

By 5th grade, I knew I wanted this. During my 8th grade year I went looking for high schools that had JROTC programs. I found one, and enrolled (Hollywood High School).

When the JROTC program at Hollywood High closed during her sophomore year, Jaricsa transferred to Manual Arts in order to continue JROTC under the leadership of MAHS’ Chief Vernon Dayton.

What was it like transferring to Manual Arts in your sophomore year?

It was the best decision I could have made.

I was scared when I came. I’d only ever seen Chief (Vernon) at competitions. My fellows had built up this image of Chief. I was intimidated.

I toured Manual Arts, and I met Chief. On the spot, he put me on the hierarchy of JROTC staff members and told me I’d compete in the all city competition.

What does being part of JROTC at Manual Arts entail?

I wake up at 5am to be at school at 6:30 am. I do my best. Now I’m the All-City Colonel, the highest rank anyone can make in JROTC. I’m in charge of the whole district. 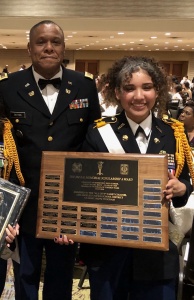 How did you get accepted to the US Air Force Academy?

There is a congressional nomination process. In order to apply, I needed a congressperson to vouch for me. I didn’t think I could do it.

But I went to DC with the ACLU last summer, and I met Representative Karen Bass. I sat next to her. I said, “Ma’am, I’m applying to the US Air Force Academy. I’d like it if you’d do the honor of nominating me.” She put me in contact with her people. They were so kind. I sent in my transcript, my SAT scores, an essay on why I wanted to attend, letters of reference, and I had a face-to-face interview with Jacqueline Hamilton, a field representative for Rep Bass.

I had to go through that process three times, with three different congresspeople. It worked. I’m headed to the U.S. Air Force Academy this summer. 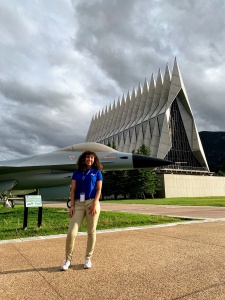 What do you hope to do after you serve in the Air Force?

I’d like to go into public office. I’m very passionate about my community. I want it to get the resources it needs to be on the same level as other communities. I want to see my siblings and cousins succeed. You can succeed coming from South Central. You just have to jump through a lot of hurdles. I’d like to make it as easy for them as possible.

I’d like to be a leader of our nation. There’s a lot in our nation that could be better. I think about how our communities are marginalized and disempowered. That powers me through – I will prove all my doubters wrong. That has gotten me as far as I have gotten.

Do you have any advice for younger students?

Work hard. There will be nights when you’re tired, but you have to power through it because – there are kids out there who have had those extra opportunities throughout their academic careers, and we have to condense it in these 4 years.

I went to the Academy this summer. It was a shock. I was surrounded by kids who’ve come from military families. I’m a first generation student. You remember the sacrifices and effort your parents made to get you where you are now, as well as the people who helped along the way. You can’t let their work go to waste; you can’t let them down. 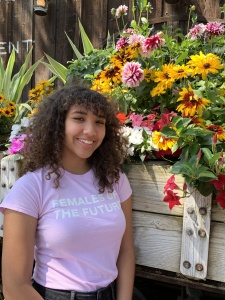