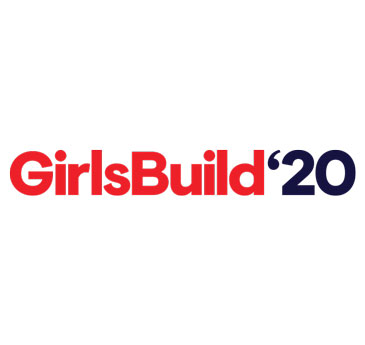 Posted at 06:56h in Home by support@citrusstudios.com

More than four thousand five hundred young women from public schools across Southern California and nationwide will come together for a special virtual event on Thursday, October 15, the LA Promise Fund’s annual GirlsBuild Virtual Summit. This year, GirlsBuild has partnered with Michelle Obama’s When We All Vote for the event, which will be all about civic engagement, diversity and equity, and female empowerment with a focus on increasing voter registration and voter turnout in the upcoming national election in November. Additional partners include Amgen Foundation, Microsoft, LA County Office of Education, Los Angeles Unified School District, Studio Number One, and The Greater LA Education Foundation. The event will be live-streamed from the LA Promise Fund’s Facebook Page starting at 10:00 AM PT this Thursday.

“Los Angeles, California, and the nation need strong leaders across every sector that reflect America’s beautiful diversity,” said LA City Council President Nury Martínez, who will be speaking at the event on Thursday. “GirlsBuild is cultivating tomorrow’s leaders by instilling in them leadership skills through interactions with powerful women of color from the private, public and non-profit sector. They also teach these girls to put that leadership into action by moving their networks of families, friends, and neighbors to vote in the most important election of our lifetime.”

“In a year full of challenges, it’s more important than ever that we are finding ways to give inspiration to young girls to uplift themselves and their communities,” said LA Promise Fund Board Member and Co-Chair Megan Chernin. “Our previous in-person GirlsBuild events during the past five years have grown to be the largest gathering of young women in the country, and this year we have confirmed over 4,000 LA public middle and high school girls will be participating in our virtual event.”

With the advent of COVID-19 social distancing guidelines, learning from home, and restrictions on large gatherings, this is the first year that the GirlsBuild Summit will be virtual. However, every GirlsBuild Challenge team has found creative solutions in the face of adversity, including the students on the Palmdale Learning Plaza team who are reminding members in their city to vote by creatively placing painted VOTE stones throughout their neighborhood. Other teams have gone completely virtual, hosting sessions online to share more information on voter registration.

The Summit is the annual anchor event to the LA Promise Fund’s year-long GirlsBuild Program, which has empowered thousands of young women to become activists and effect change in their schools and communities throughout Los Angeles County. For the last five years, GirlsBuild has served more than 157,000 community members, partnered with more than 1,000 local organizations, and hosted thousands of community events around civic engagement. GirlsBuild challenges young women from public middle and high schools across the country to make an impact in their community and ensure that their voices are heard. These young women have tackled important issues such as healthcare, immigration, civic engagement, the environment, and homelessness. In past years, the Summit has featured speakers including Secretary of State Hillary Clinton, Senator and Candidate for Vice President of the United States Kamala Harris, Octavia Spencer, Pharrell Williams, Janelle Monáe, Shonda Rhimes, and Dolores Huerta.