How elian transformed his internship into a paid job

Home > News  > How elian transformed his internship into a paid job 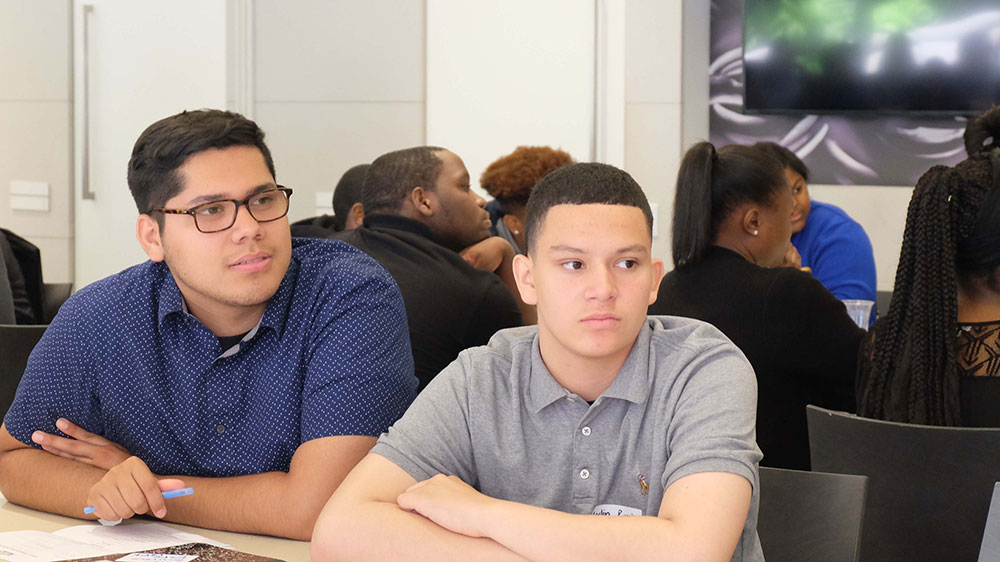 25 Feb How elian transformed his internship into a paid job

Posted at 02:45h in News by support@citrusstudios.com

We know the value of internships to young people. Through The Intern Project, we place juniors and seniors from public schools across LA County in paid, high-value internships. One of these students is Elian Guerrero, a West Adams High School graduate. He spent last summer interning at the Office of Exposition Park Management (OEPM). Now, he’s working there as a part-time employee while pursuing a college education.

Here, we speak with Elian and Ana, General Manager at OEPM, as well as Anita and Diana, his two mentors at OEPM and Manual Arts High School alumnae themselves.

What was your first impression of working in an office setting?

Elian: Those first six weeks on the job were a wake-up call. I thought being in the office would be like the show, The Office, but it’s a really serious place where really serious work gets done. I had to change my mindset.

I learned to put myself in uncomfortable situations and learn from them. I worked in Excel spreadsheets; Diana and Anita would help me. It was uncomfortable to me – not knowing how to do that stuff, but being uncomfortable, you learn new things.

Working with Anita and Diana let me know all the aspects of setting up a business. They work tirelessly every single day.

What comes next for you?

I hope to transfer from Santa Monica College to USC or UCLA in the next year. I want to major in English and go to law school, focusing on sports and entertainment law. TIP was a gateway and a catalyst to put my foot into the professional world.

What was it like for you to mentor Elian?

Diana: I was able to mentor Elian because I had been an intern in college. I know the importance of learning how to conduct yourself in the office. It’s not like on TV. We are here providing a service to the state of California, and we take that very seriously.

Elian and I are both from the Hispanic community. We both have immigrant parents and often talk about our relationships with our parents. As he’s transitioning to adulthood, I want to support how he evolves his relationship with his family and how he sees himself. I am here for Elian.

Anita: Elian reminded me of myself, 40 years ago, when I participated in a federally funded program that supported teenagers’ access to the workforce: CETA (Comprehensive Employment Training Act). I landed with a lawyer who became a mentor to me. I wanted to support Elian in this role as I had been supported all those years ago.

Ana, how did you decide to offer Elian a part-time position after the internship ended?

The role Elian has now goes beyond what we created for an intern. When his program was coming to an end, I sat down with Diana and I said, there’s something really special about this one individual, Elian. Why don’t we keep him on while we onboard other folks; he has really shown that he wants to be here. We found budget to keep him and have extended his contract through the end of the calendar year.

Elian, how has this internship influenced your goals?

Today was my first day back in school after the break. I noticed I was really able to sit through a long lecture. It was easy to pay attention to the professor because I’ve sat through board meetings in my work with Exposition Park. This position has really taught me how to pay attention, listen to details, and has reaffirmed my goal to pursue a college degree.

I’m not always going to be a college student. I’m not always going to live in the same neighborhood. There are new things to come. Walking through the office, looking at Diana and Ana, I see them as my mothers in the professional world – they’ve really taken care of me and nurtured my learning. My mom works a manual labor job, and I often hear her say that “a shovel weighs more than a pencil.” I want to be like Diana and Anita – I want to use my head. I want to work in the professional world and use my mental strength to advance my career. 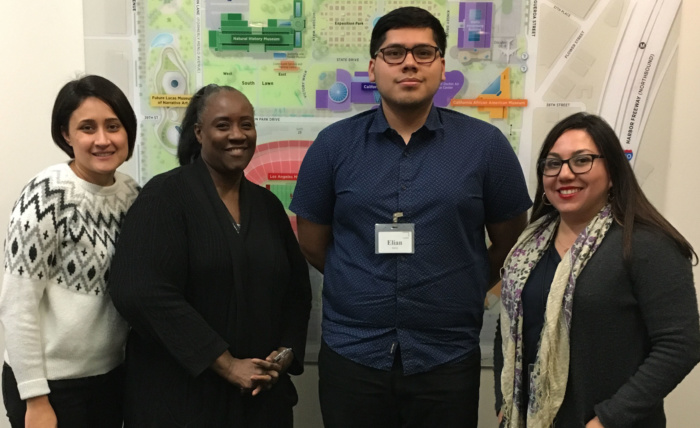 The Intern Project is accepting applications until March 3rd. Apply! Know someone who might want to host an intern this summer? Find out more!