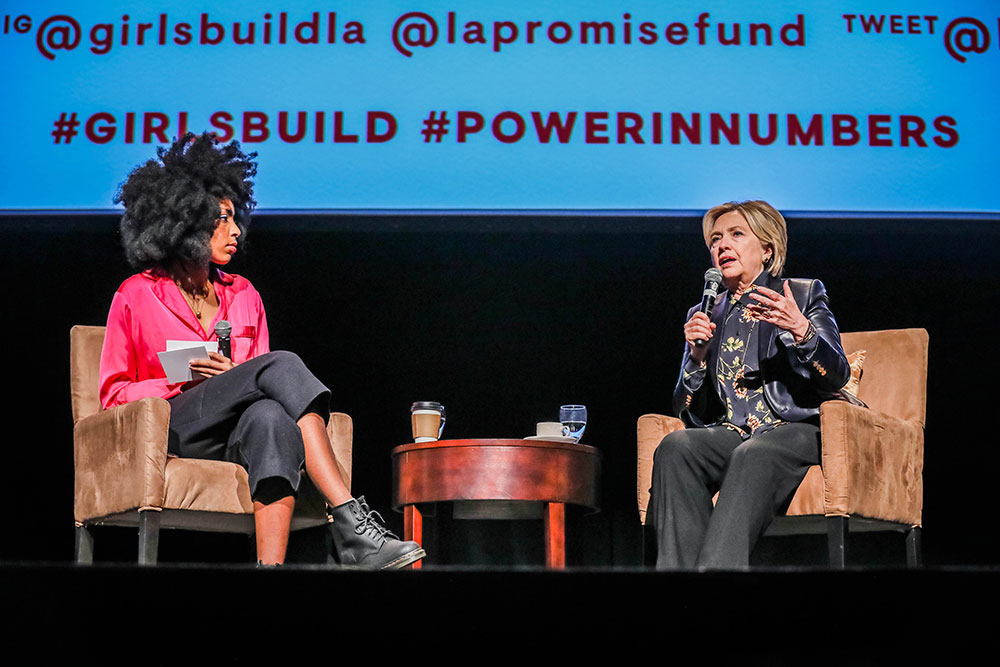 Posted at 07:04h in Home, News by support@citrusstudios.com

The Girls Build Summit was long-anticipated, but nothing could prepare the girls, the speakers, the chaperones, the sponsors, or the LA Promise Fund staff for the energy, the camaraderie, or the dancing that was to come.

From the first speaker on stage, Hannah Harris, a young poet with Get Lit, to the last speaker, Michelle Obama by video, some serious wisdom was dropped.

“Don’t just lean in, stand up!… Together we rise, and together we build!” said Hannah.

She was followed on stage by three Girls Build teams changing the future – DIY Girls InvenTeam, which designed a solar-powered tent to address homelessness, Change Agents, which is addressing civic engagement in Compton, and NASA Girls Build LA, which built a planetarium and shared it with thousands of individuals. They spoke about the value of Girls Build, and how it has helped them find their inner leader and their passion. 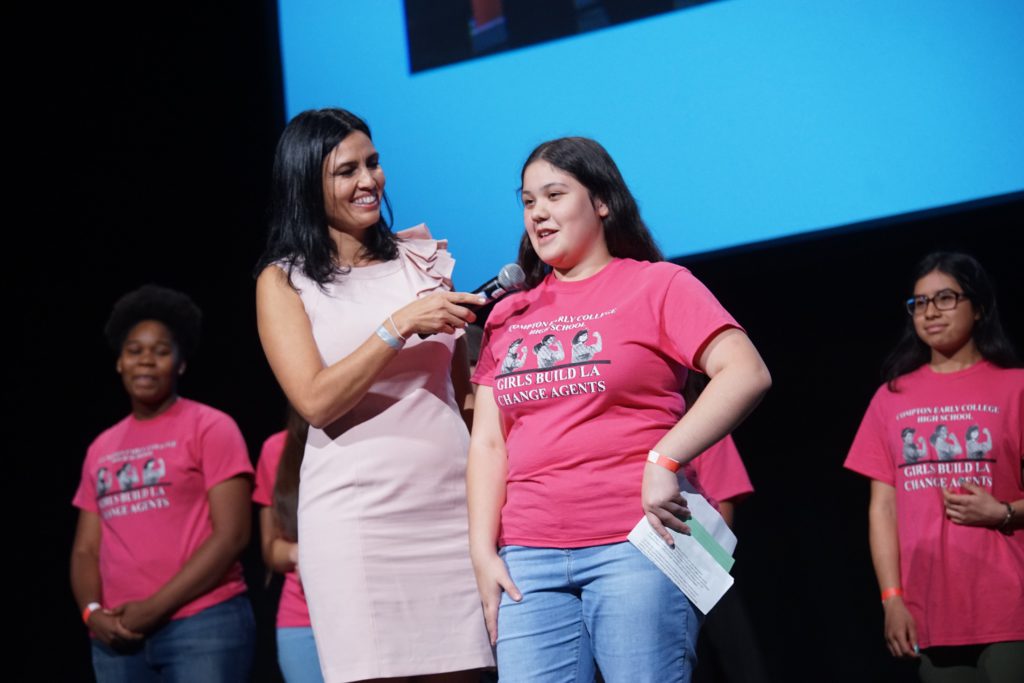 When Hillary Clinton took the stage, in conversation with Jessica Williams, 10,000 girls sat up in their seats. This was a rare moment – to hear from the woman who has broken one of the most important glass ceilings that still exists – to be the presidential nominee for a major political party.

She spoke about everything from how she found calm in the wake of losing the presidential elections, to the importance of friendship, and the value of education.

Identity: “What you have to do is grab that sense of uniqueness, that north star. There isn’t anybody who has ever lived in the whole history of the universe who is you – you have to celebrate” that uniqueness that is you.

Connection: “I don’t want anybody leaving here today feeling alone. I want every one of you to know, whatever has happened to you in your life, has happened to other people too. Whatever your dreams – you can seek out mentors and advisors.”

Success: “I hope that every remaining barrier –that still exists – that tells a young girl you can’t do that because you’re a girl – we tear down once and for all. It matters that we keep pushing the progress forward so that more women and girls can be whatever they want to be.”

Education: “Respect your teachers. Respect the education you’re given…”

“People who want you to be powerful will tell you, like I will, that education is critical to your future.”

“I went to a refugee camp in eastern Congo, where there had been a conflict raging for years. The best estimate is that five and one half million people were killed. I met with some of the adults in the camp. I remember asking a woman, ‘What is it you need?’ I thought I would hear ‘More food, water, better living conditions.’ She said to me, ‘What we need is a school for our children.’ I know for most people in the world giving their kids an education is a passport to a better life. We need to recognize how lucky we are, because there are still tens of millions of children, a majority of whom are girls, not in schools across the world.” 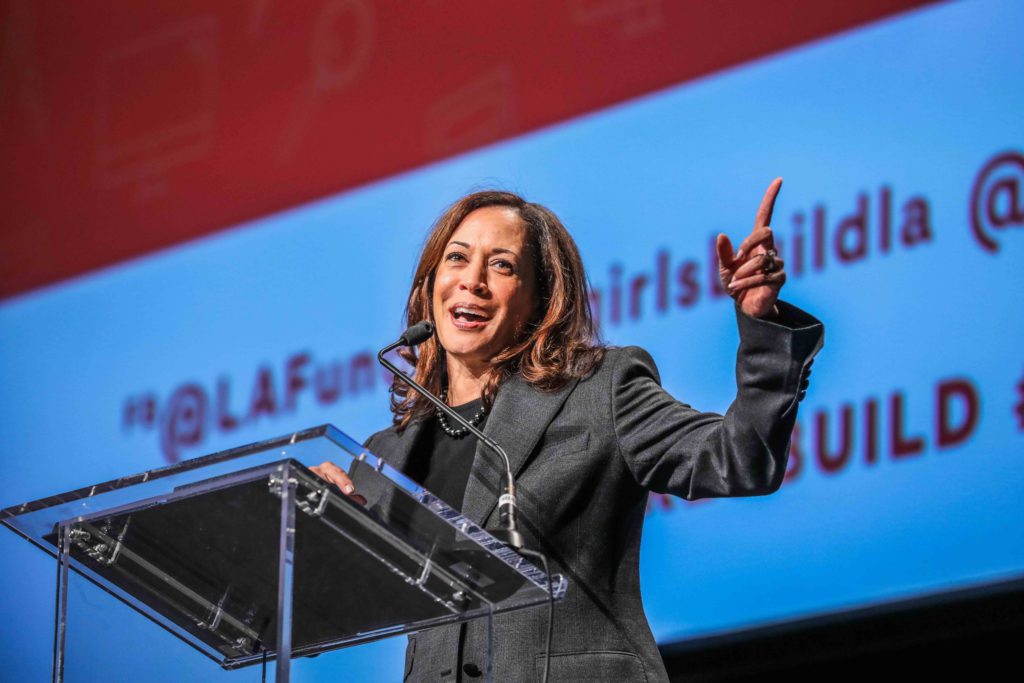 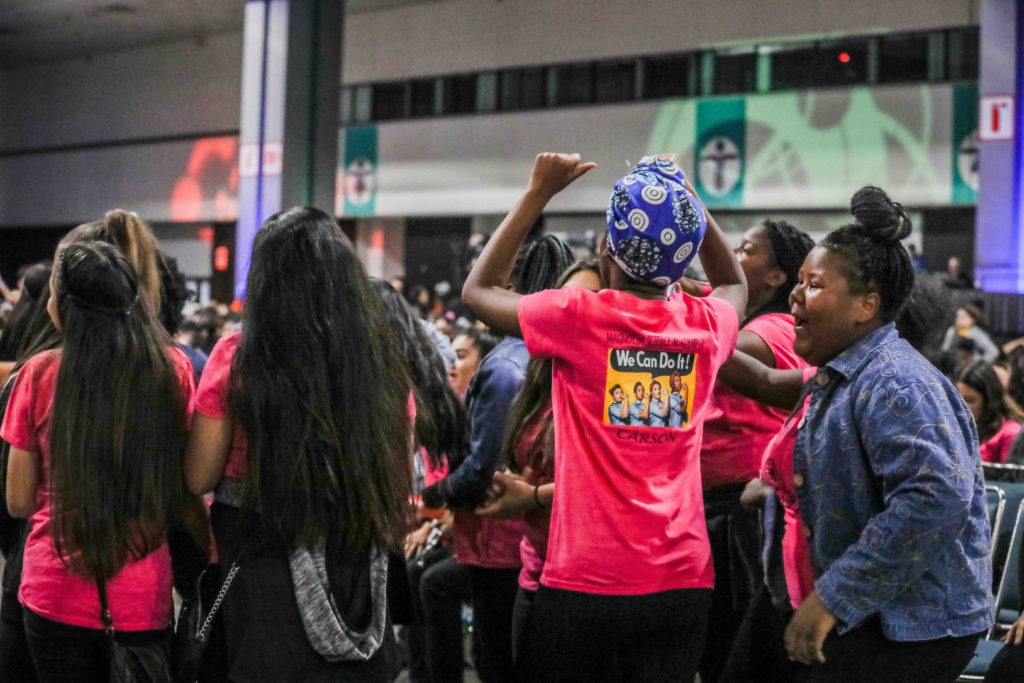