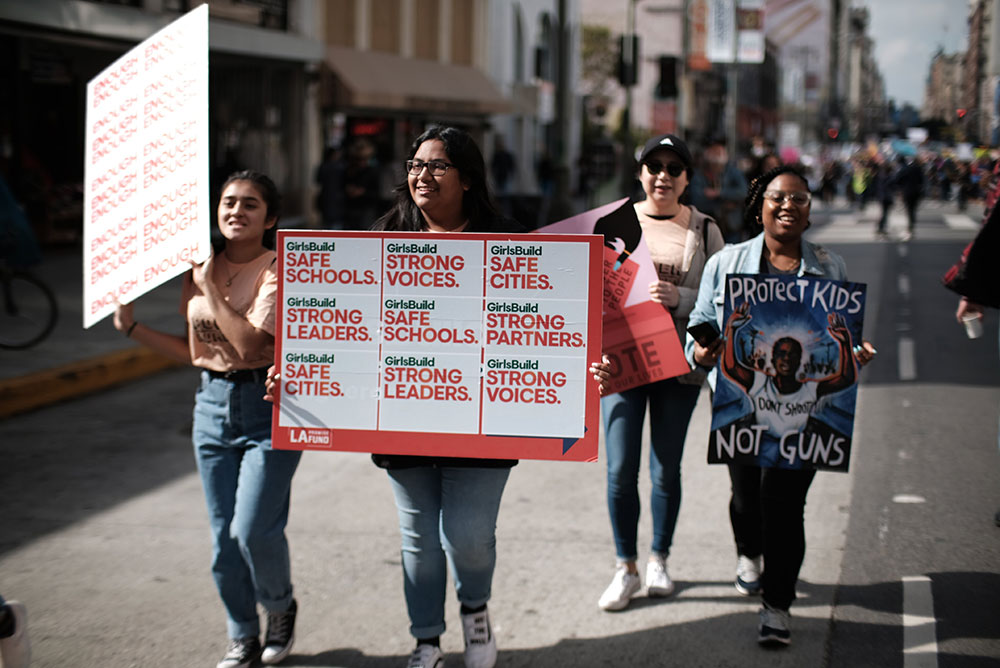 Posted at 05:25h in Home, News by support@citrusstudios.com

For the young women on West Adams Prep’s Girls Build LA team, this year has been an opportunity to learn just how many ways there are to serve the community. In the fall, the team — Panther Gals for Change — decided to focus on feminine hygiene for homeless women. In a few weeks, they will use the money they’ve raised and the connections they’ve made to distribute sixty diva cups to homeless women in their community. And in between the plan and the culmination, they’ve spent time behind the scenes, doing research and building a website to document their impact; in the spotlight on campus, with fundraising and peer-education; and out in the community, volunteering and raising their voices about everything from homelessness to women’s empowerment to ending gun violence.

“Homelessness is a huge issue in our community. But it doesn’t get enough attention.”

“Homelessness is a huge issue in our community,” says Diane Hernandez, a junior. “But it doesn’t get enough attention.” Initially, the team planned to focus their volunteering, fundraising, and activism on general services for the homeless population, but after reflection and feedback from Girls Build LA organizers, they decided to focus on an issue that received even less attention: the challenges that many homeless women face during their menstrual cycle. Junior Jocelyn Luna admits, “Before I started this project, I honestly never thought about that problem.”

Domestic violence is a major cause of homelessness among women

Since choosing this topic, though, the students have given it their full attention. They researched the health problems that can arise from not having access to feminine health products. After looking at the different products available, they chose one that is safely reusable for up to a year. They learned, too, about some of the causes of homelessness — they were surprised to learn that domestic violence is a major cause of homelessness among women. The team started sharing their new knowledge, organizing a bake sale and a GoFundMe drive to educate and fundraise. On International Women’s Day, they ran a booth at their school and talked about their project with their peers.

These hands-on projects have taught the students other lessons they couldn’t have learned from research. “It’s taught me not to take things for granted,” Jocelyn says. Diane agrees: “This year has opened my mind up to other people’s problems.” Senior Kelly Tomas learned that she like to be involved in the community: “I like civic engagement. It’s something I’d like to pursue in college.” The projects have also connected the team with inspiring women leaders and role models. Some of those leaders are recognized around the world — at the Girls Build Summit, the team loved seeing Hillary Clinton and Kamala Harris and listening to a message from Michelle Obama. Other leaders are local — Kelly and Diane have noticed this year how hard their mothers work to support their families, and junior Kally Yanes has been inspired by Erica Cruz, one of her Girls Build LA team leaders at the school, because “she coordinates everything for us, even though she doesn’t have to, and works hard to support us.”

Violence with weapons drives so many women from their homes

Over the year’s activities, the Panther Gals for Change have realized how many other people share their passion and desire for change. In January, they went to the Women’s March. Early in the morning on March 24th, they joined thousands of others at the Los Angeles March for Our Lives. “It was really empowering to see everybody get together for what they believe in and what they want changed,” Diane says. Jocelyn adds that gun control legislation, the major demand of the marchers, is related to the team’s mission since domestic violence, including violence with weapons, drives so many women from their homes. She feels hopeful that legislators will take action. “I hope that our government listens to us. We’re not just children.” 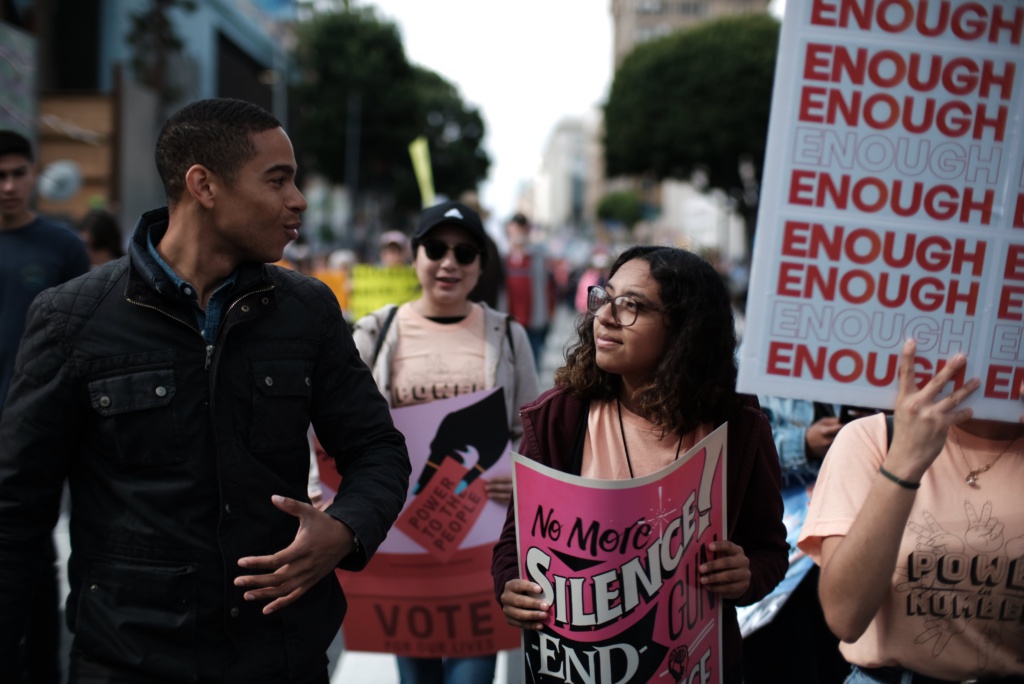 LA Promise Fund is proud to provide the framework and funding that has nurtured Girls Build teams like the Panther Gals for Change at West Adams and at many other schools across LA county. To learn more about GirlsBuild or to get involved, please visit http://girlsbuildla.weebly.com/ and https://lapromisefund.org/girls-build/.