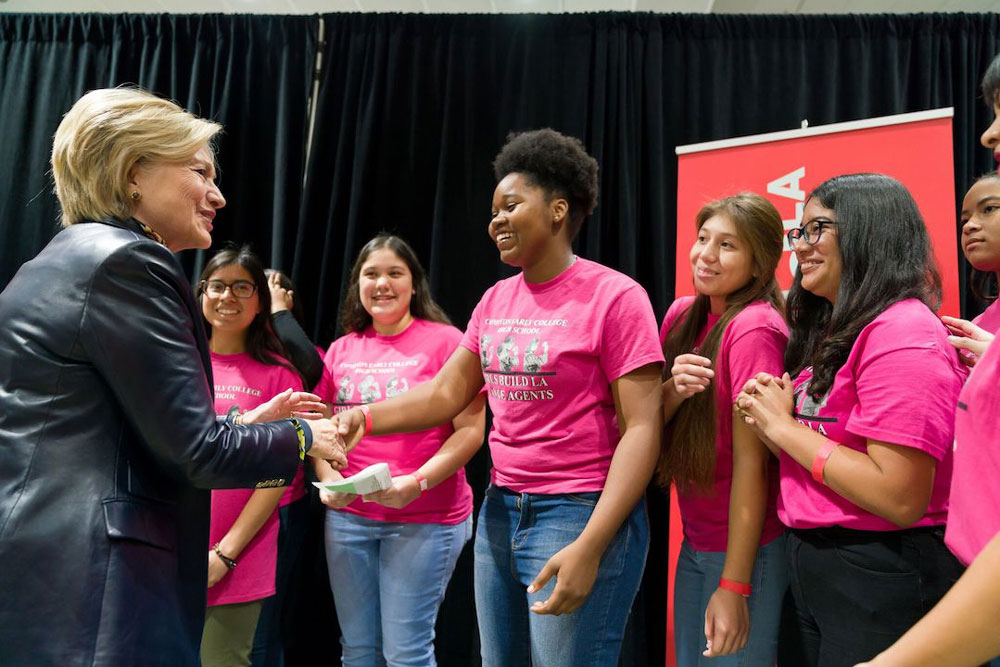 Posted at 06:56h in Home, News by support@citrusstudios.com

The Compton Early College Change Agents believe that Girls Build is changing their community and their team members. Girls Build is helping them become the next generation of women leaders in the community, the nation, and the world. After winning second place last year at the Girls Build LA Expo, the team is changing their focus for this year’s efforts.  Empowered by their success and inspired to cause change, they hope to make their greatest impact yet.

In their first year, the team chose a mission of improving health and wellness in local schools; at the end of the year, they led a health fair at a nearby middle school to offer information and advice to students. In their second year, the team expanded their efforts to encourage wellness in the community, leading school hikes, mother/daughter yoga classes, and workshops on everything from alleviating stress to cultivating positive body-image. Now in Year Three, with a mix of veterans and new recruits, the team has decided to transition from improving health to promoting civic engagement. 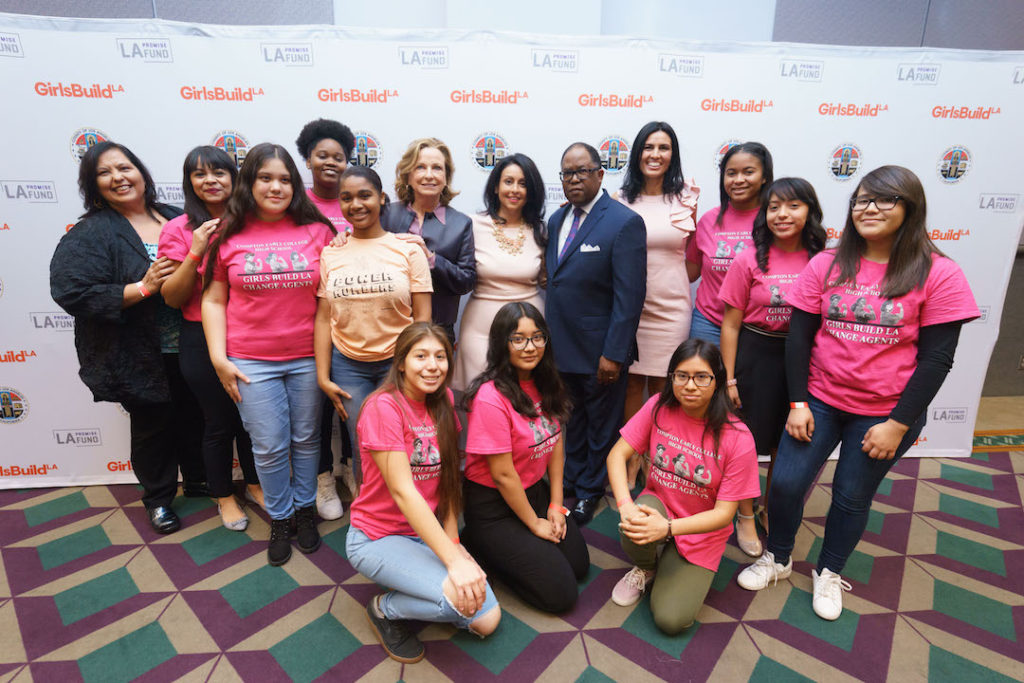 Alesha Hodge, a junior who now aspires to become a politician, sees Year Three as a natural continuation of the team’s previous work. “Civic engagement benefits wellness in the community,” she says, because the policies of companies and elected representatives can affect a community’s health as much as individuals’ decisions. Alesha sees many fast food restaurants and liquor stores around the school, but few places to buy healthy, fresh food. Sophomore Emily Sanchez adds that researchers found that Compton’s air is polluted with chromium 6, a known carcinogen, spewed by nearby metal processing plants. To defend the students’ right to live in a healthy environment, the team decided they will amplify students’ voices.

“The school board has only one student representative for the five thousand students in Compton Unified School District,” Alesha points out. The Change Agents have begun discussions with the mayor and their Congresswoman to create a youth advocacy group. They will seek to inspire Compton students to join the organization and make their needs heard. Their two years of advocacy and organizing have given the girls the confidence to believe they can achieve this goal. “Girls Build LA has shaped me,” says Alesha. “I’m a different person. Being on the team has made me more aware. It also gave me the opportunity to grow and take on a leadership position.”

The more involved the Change Agents have become in their community, the more they have realized how important their work is — and the work of all the teams that make up Girls Build. “I’m so excited to be here,” says junior Shayna Sanders, the Change Agents’ web designer. “We’re surrounded by so many girls willing to make a change. It gives me hope: I hope that we can create change for all of our communities.” Project manager Luz Mendez, a junior, was also inspired at the summit by the powerful role models and the thousands of other girls. “There are teams here working in so many different areas!” she says. “Girls Build should keep empowering girls. The US population is majority female, but 80% of our politicians are male — events like this will help change that.”

Torraynce Williams, a sophomore and the team’s marketer and promoter, modifies an old expression to describe the lesson of the summit and of her years on the Girls Build team: “If it takes a village to raise a child, it takes a world to develop a generation.” 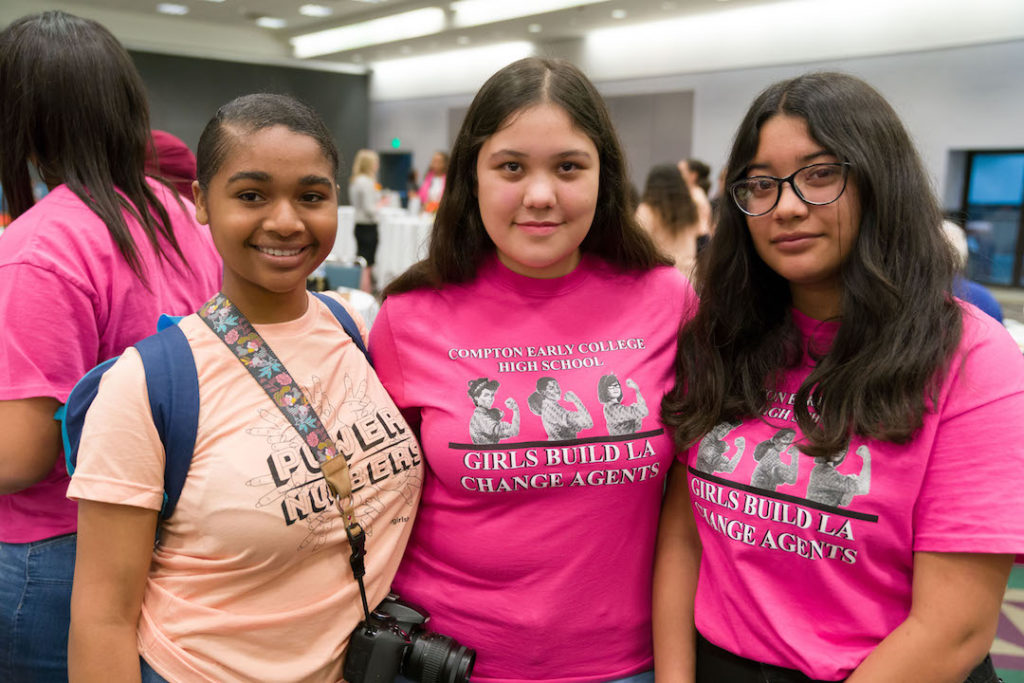