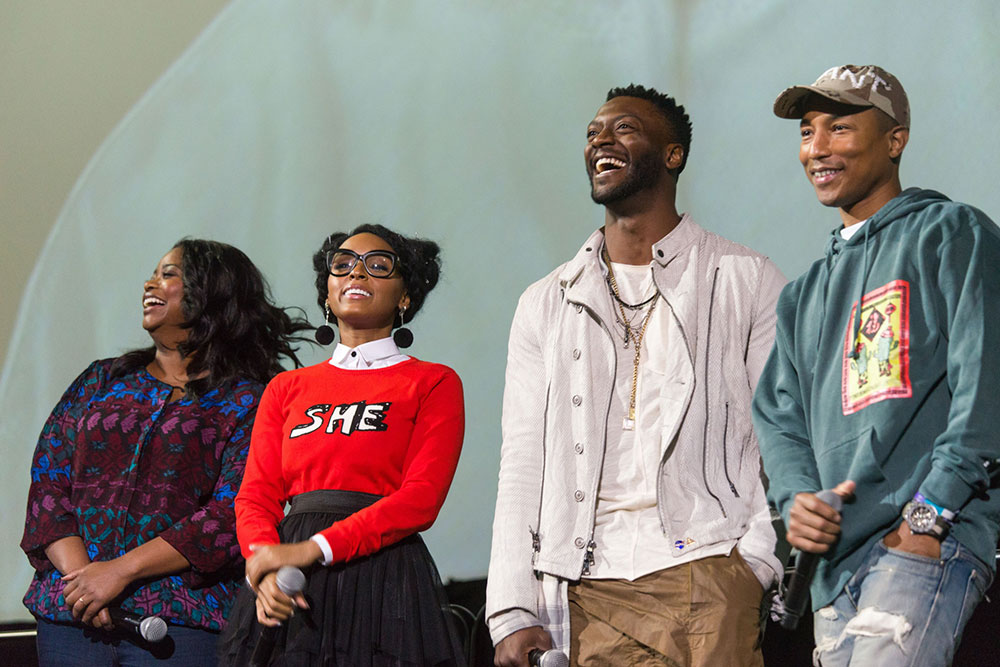 Posted at 11:29h in Home, News by support@citrusstudios.com

What an amazing day.

By 8:30 am, thousands of girls were streaming through the USC Galen Center’s gates. The auditorium filled up, and then the magic began. 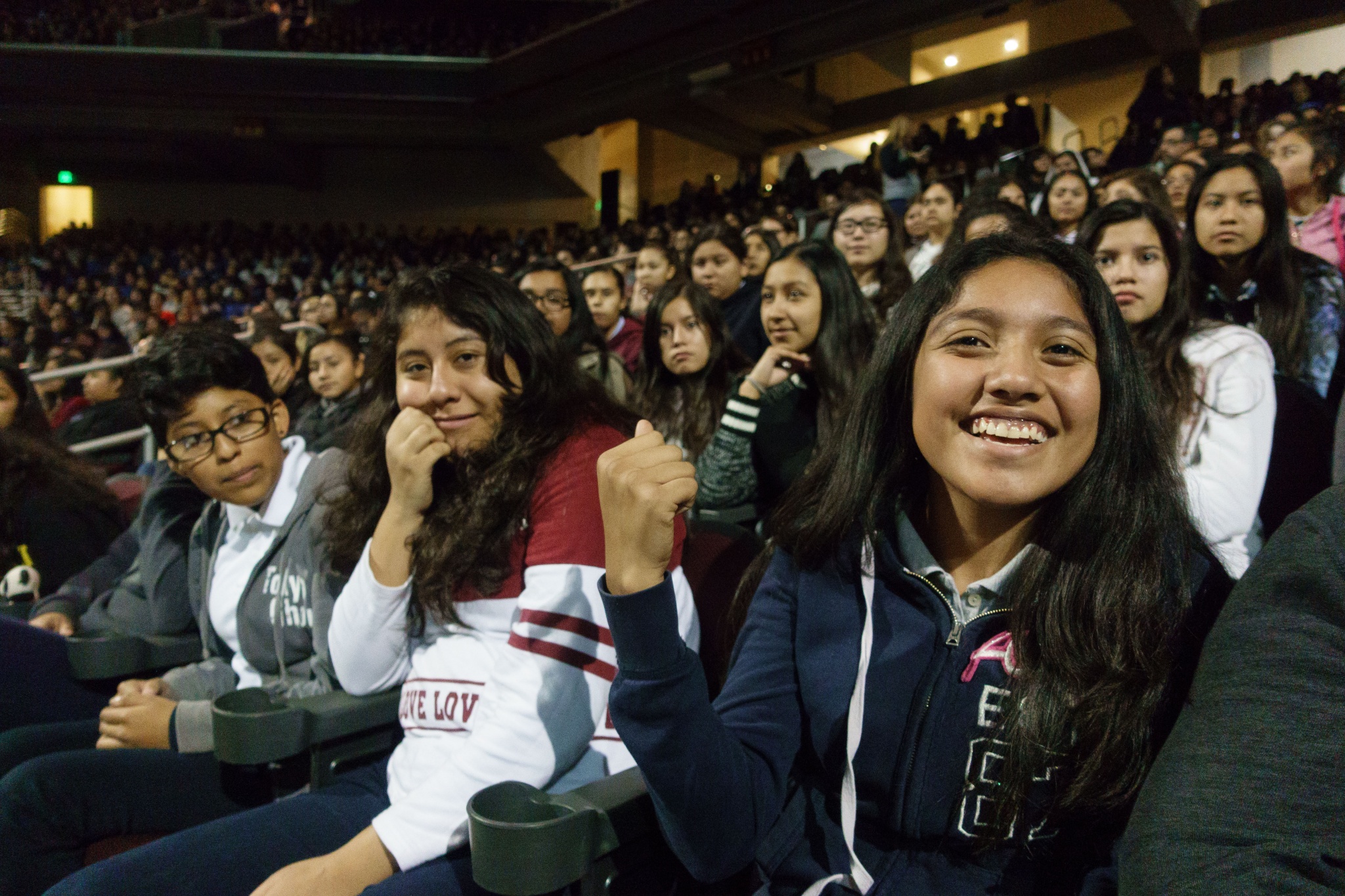 As part of our Girls Build LA program, experts in STEM (Science, Technology, Engineering, and Math) joined the talent behind Hidden Figures to show girls that whatever they dream – they can achieve – if they set their minds to it.

These models of determination and accomplishment took the stage to share some inspiring words before the girls were treated to a special screening of Hidden Figures, which tells the story of three African American women who, in the 1960s, overcame race and gender barriers to help NASA launch the first American to orbit Earth. 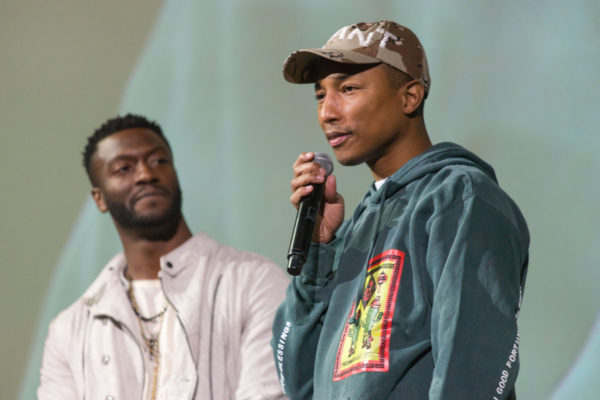 It’s so impressive to be in front of a towering wall of female energy in this room. Back in Virginia, my mother heads up an organization called From One Hand to AnOTHER, which is largely based on STEM. Women are definitely important. Our goal here is to kill the old-school mentality that STEM are things made for a male mind when we all know that there would be no human species on this planet if it weren’t for the women.

And we know that diversity is super important – there is room under the sun for everyone. 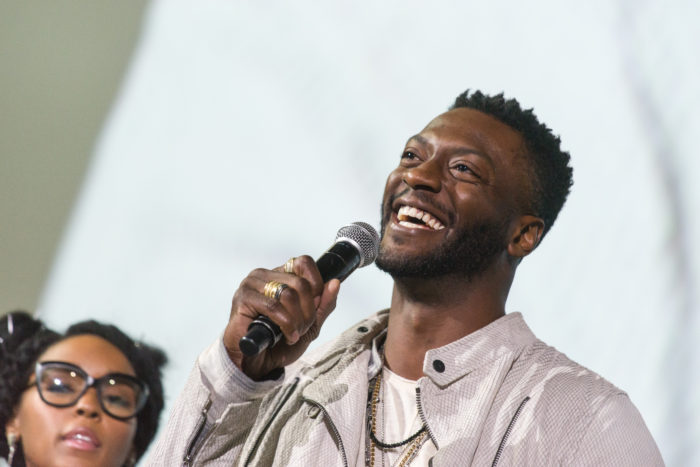 I got involved with the film because of this room right here.

You all understand your value and your worth. You understand that you’re meant to do great things. It’s your instinct. This needs to be celebrated – this is going to continue to be affirmed.

You’re going to go out and do great things…. You inspire us.

You guys have amazing things to do – stay your path and keep doing it.

I just want to say, Aldis plays my supportive husband in this film. If you are in a relationship with someone who does not support your dreams – ditch him. You must always have the support of your significant other.

There’s something so powerful about right now – because 2 minutes ago is already gone forever – and 2 minutes from now hasn’t happened yet. All of the possibility is in the now.

My mom said to me, “Look baby – in this world, they can take away everything from you except for what you know.” 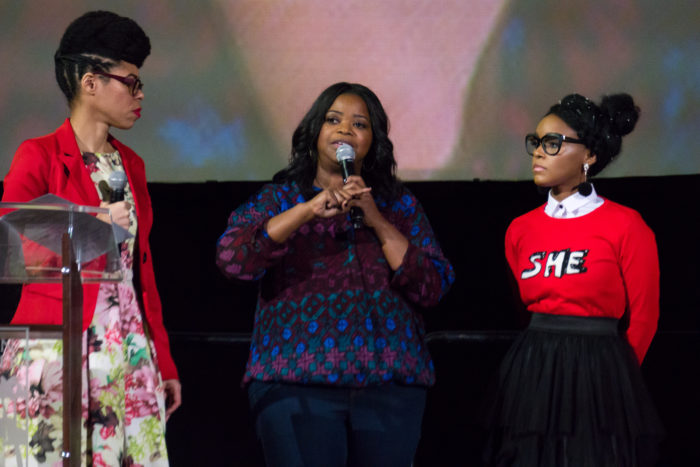 I’m just going to do a bow down to all of that.

“I am a master of my fate. I am a captain of my soul.” — William Ernest Henley

Be what you want to be. Don’t allow anyone else to tell you that you can’t. You are the master of your fate.

“Do not go where the path may lead – go instead where there is no path – but leave a trail.” — Ralph Waldo Emerson

Do what you need to do to get to the next point.

I had to play a lot of women in such gated roles. This is the first time that I ever played a woman that was smart. That was a part of something greater than herself.

When you leave here today – I grew up with no money. With limited options. My mom always taught me I could be anything I wanted to be. Don’t allow anyone to tell you that you’re not good enough.

The fact that you’re here is the first step that you’re gonna take to move this world forward.

Janelle (turning to Octavia) “You for president, please.”

I was a maid… That was a stepping stone. I’m here. My mother was also a janitor. I wear black and white to pay homage to her. Your parents sacrifice – don’t let that be in vain. Make your first tribe – your family – proud. Go out and be better than you family. I think we’re all designed to be better than the last generation.

I’m so excited – because the future is in good hands with you.

If these women [The Hidden Figures protagonists] didn’t have each other to lean on – I don’t think they would have accomplished what they did.

Raise your hand if you believe in the power of sisterhood.

Everyone in the audience raises their hand.

Read and watch coverage of the day!